Hazard Mitigation is sustained action taken to reduce or eliminate long-term risk to people and their property from hazards.

Links to sections below: 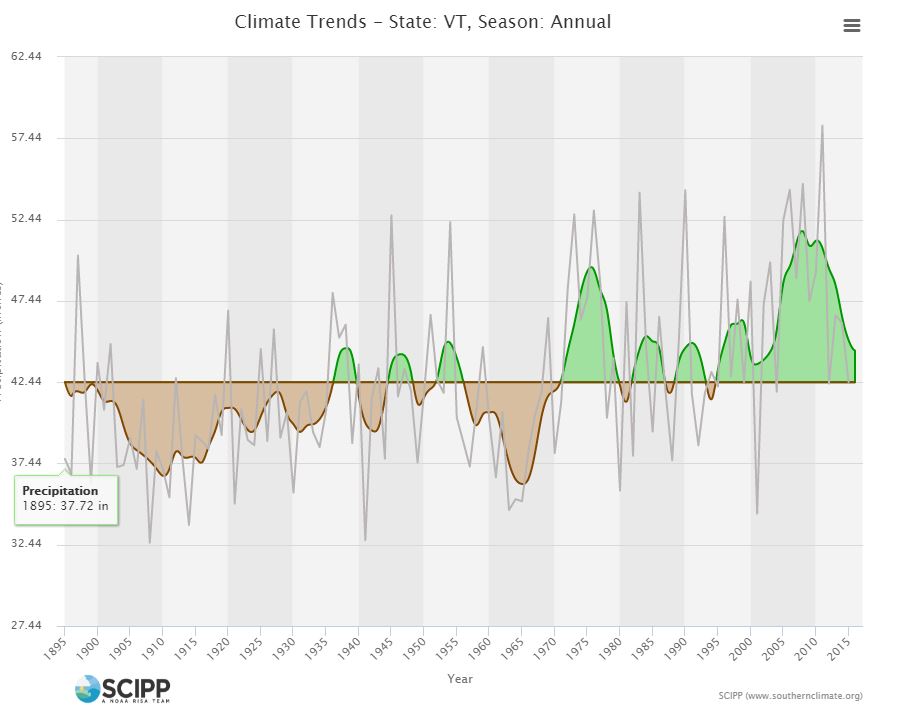 Hazard Mitigation Grant Program (HMGP) assists in implementing long-term hazard mitigation measures following a major disaster. This program is administered by the Vermont Emergency Management (VEM) Hazard Mitigation Program. VEM has information about HMGP funding opportunities, deadlines, training, and resources. Typically this funding is available to eligible projects across the state. While the money only follows after a disaster it is the most accessible funding for most purposes. This program can also fund the preparation of a Local Hazard Mitigation Plan.

Pre-Disaster Mitigation (PDM) provides funds for hazard mitigation planning and projects on an annual basis. This fund can support larger projects and is competitive on a national basis.

Flood Mitigation Assistance (FMA) provides funds for projects to reduce or eliminate risk of flood damage to buildings that are insured under the National Flood Insurance Program (NFIP). This fund has been under-used in Vermont but may be particularly helpful now that FEMA has waived the need for a Benefit-Cost Analysis for many elevation or acquisition projects.

Your HMA proposal may also find critical support from your Regional Planning Commission. If your Local Hazard Mitigation Plan (LHMP) has identified priorities for action it would be best to prepare HMGP applications ahead of time in anticipation of funds becoming available later.

While HMGP and PDM programs can fund the preparation of a Local Hazard Mitigation Plan – for all other purposes the community needs to have a LHMP in effect to receive funds under the program. Check your community’s LHMP status here.

• Significantly reduce or permanently eliminate future risk to lives and property from natural hazards
• Provide funds to implement projects in accordance with priorities identified in State, Tribal, or local hazard mitigation plans
• Enable mitigation measures to be implemented during the recovery from a disaster

How Much Funding is Available under HMGP? 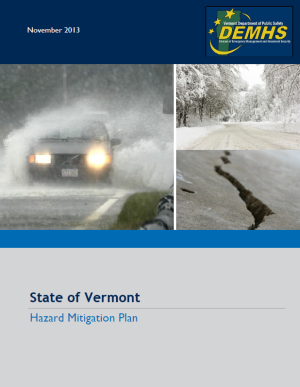 HMGP funding is available after a federally- declared disaster. The amount of funding available, as well as the application deadlines are posted by VEM.

HMGP funding is allocated to the state using a “sliding scale” formula based on the percentage of funds spent on Public and Individual Assistance for each declared disaster. For States like Vermont with a FEMA-approved Standard State Mitigation Plan, the formula provides for up to 15% of the first $2 billion of estimated aggregate amounts of disaster assistance, up to 10% for amounts between $2 billion and $10 billion, and 7.5% for amounts between $10 billion and $35 billion. For States with a FEMA-approved Enhanced Mitigation Plan, up to 20% of the total of Public and Individual Assistance funds authorized for the disaster (up to $35 billion of such assistance) are available.

HMGP funds may be used to pay up to 75% of the eligible project costs. The non-Federal match does not need to be cash; in-kind services or materials may be used. Funding from other federal sources cannot be used for the 25 percent share with one exception. Funding provided to states under the Community Development Block Grant program from the Department of Housing and Urban Development can be used to meet the non-federal share requirement.

In 2013 FEMA issued a guidance indicating that a Benefit-Cost Analysis (BCA) is no longer needed for certain building acquisition or elevation projects. This change eliminated a major barrier for proposals seeking funding through the FEMA Flood Hazard Mitigation Assistance programs.